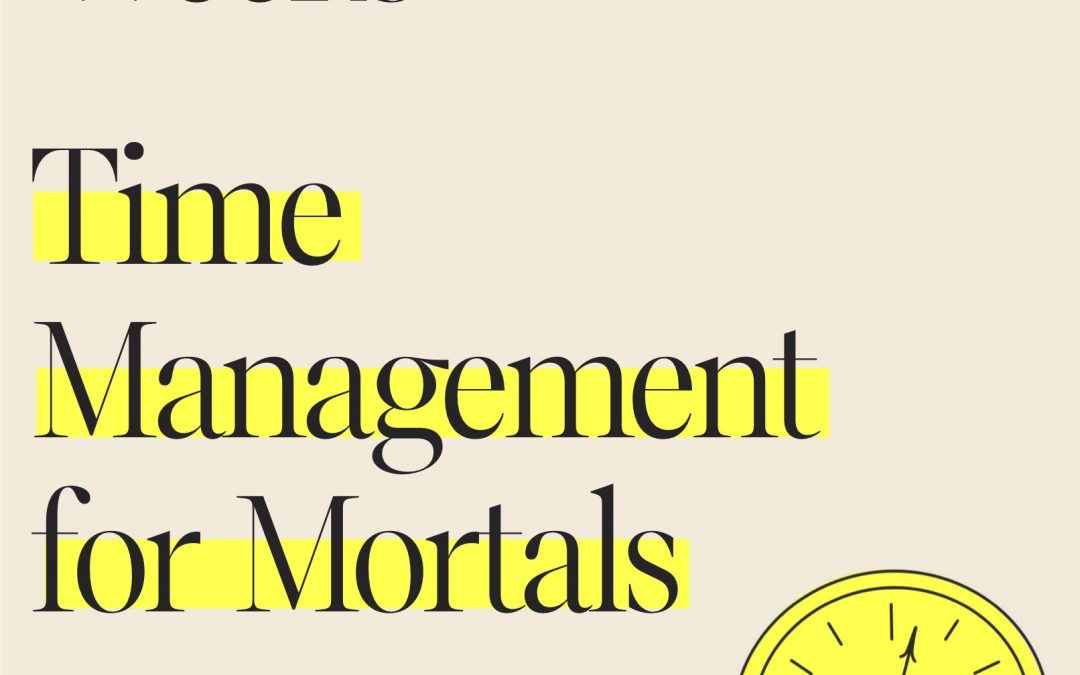 All the notes were taken directly from the source mentioned.

The hazard in any such discussion of “what matters most” in life, though, is that it tends to give rise to a kind of paralyzing grandiosity. It starts to feel as though it’s your duty to find something truly consequential to do with your time—to quit your office job to become an aid worker or start a space flight company—or else, if you’re in no position to make such a grand gesture, to conclude that a deeply meaningful life isn’t an option for you.

Among New Age types, this same grandiosity takes the form of the belief that each of us has some cosmically significant Life Purpose, which the universe is longing for us to uncover and then to fulfill.

What you do with your life doesn’t matter all that much—and when it comes to how you’re using your finite time, the universe absolutely could not care less.

British philosopher Bryan Magee liked to make the following arresting point. Human civilization is about six thousand years old, and we’re in the habit of thinking of this as a staggeringly long time: a vast duration across which empires rose and fell, and historical periods to which we give labels such as “classical antiquity” or “the Middle Ages” succeeded each other in “only-just-moving time—time moving in the sort of way a glacier moves.” But now consider the matter a different way. In every generation, even back when life expectancy was much shorter than it is today, there were always at least a few people who lived to the age of one hundred (or 5,200 weeks). And when each of those people was born, there must have been a few other people alive at the time who had already reached the age of one hundred themselves. So it’s possible to visualize a chain of centenarian lifespans, stretching all the way back through history, with no spaces in between them: specific people who really lived, and each of whom we could name, if only the historical record were good enough. Now for the arresting part: by this measure, the golden age of the Egyptian pharaohs—an era that strikes most of us as impossibly remote from our own—took place a scant thirty-five lifetimes ago. Jesus was born about twenty lifetimes ago, and the Renaissance happened seven lifetimes back. A paltry five centenarian lifetimes ago, Henry VIII sat on the English throne. Five! As Magee observed, the number of lives you’d need in order to span the whole of civilization, sixty, was “the number of friends I squeeze into my living room when I have a drinks party.”

This sense of relief is worth examining a little more closely, though, because it draws attention to the fact that the rest of the time, most of us do go around thinking of ourselves as fairly central to the unfolding of the universe.

You might imagine, moreover, that living with such an unrealistic sense of your own historical importance would make life feel more meaningful, by investing your every action with a feeling of cosmic significance, however unwarranted. But what actually happens is that this overvaluing of your existence gives rise to an unrealistic definition of what it would mean to use your finite time well. It sets the bar much too high. It suggests that in order to count as having been “well spent,” your life needs to involve deeply impressive accomplishments, or that it should have a lasting impact on future generations—or at the very least that it must, in the words of the philosopher Ido Landau, “transcend the common and the mundane.”

“We do not disapprove of a chair because it cannot be used to boil water for a nice cup of tea,” Landau points out: a chair just isn’t the kind of thing that ought to have the capacity to boil water, so it isn’t a problem that it doesn’t. And it is likewise “implausible, for almost all people, to demand of themselves that they be a Michelangelo, a Mozart, or an Einstein…There have only been a few dozen such people in the entire history of humanity.”

No wonder it comes as a relief to be reminded of your insignificance: it’s the feeling of realizing that you’d been holding yourself, all this time, to standards you couldn’t reasonably be expected to meet.

You’re freed, too, to consider the possibility that many of the things you’re already doing with it are more meaningful than you’d supposed—and that until now, you’d subconsciously been devaluing them, on the grounds that they weren’t “significant” enough.

Cosmic insignificance therapy is an invitation to face the truth about your irrelevance in the grand scheme of things.

Truly doing justice to the astonishing gift of a few thousand weeks isn’t a matter of resolving to “do something remarkable” with them. In fact, it entails precisely the opposite: refusing to hold them to an abstract and overdemanding standard of remarkableness, against which they can only ever be found wanting, and taking them instead on their own terms, dropping back down from godlike fantasies of cosmic significance into the experience of life as it concretely, finitely—and often enough, marvelously—really is.

Your quantity of time is so limited, you’ll never reach the commanding position of being able to handle every demand that might be thrown at you or pursue every ambition that feels important; you’ll be obliged to make tough choices instead.