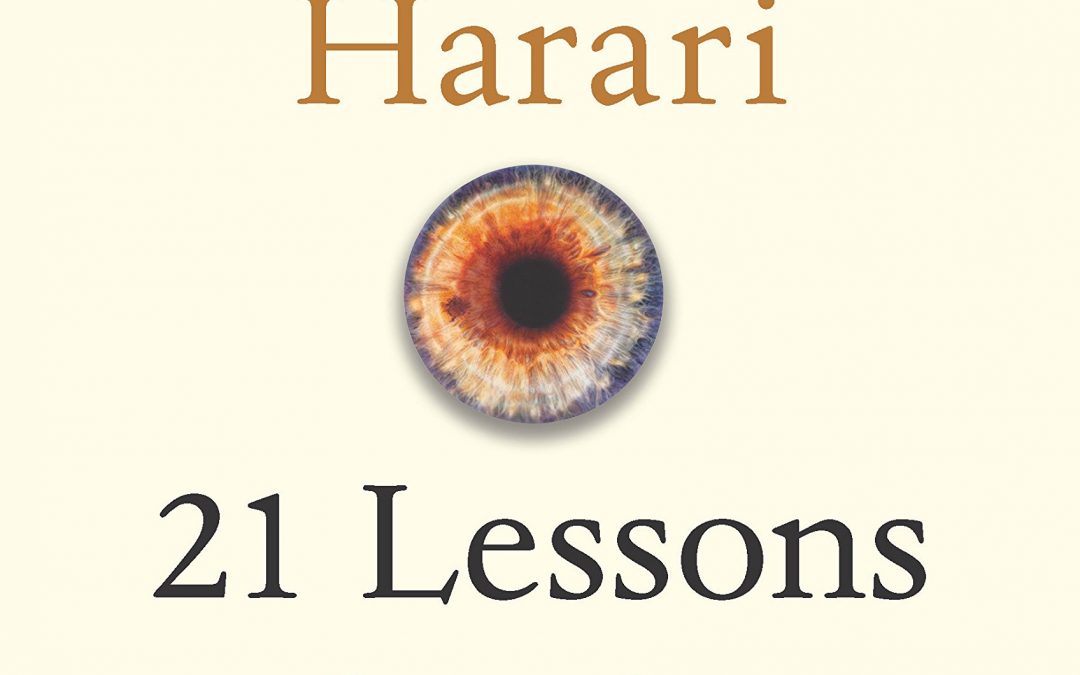 Humans have two types of abilities – physical and cognitive. In the past, machines competed with humans mainly in raw physical abilities, while humans retained an immense edge over machines in cognition. Hence as manual jobs in agriculture and industry were automated, new service jobs emerged that required the kind of cognitive skills only humans possessed: learning, analyzing, communicating and above all understanding human emotions. However, AI is now beginning to outperform humans in more and more of these skills, including in the understanding of human emotions.

We don’t know of any third field of activity – beyond the physical and the cognitive – where humans will always retain a secure edge.

It is crucial to realize that the AI revolution is not just about computers getting faster and smarter. It is fueled by breakthroughs in the life sciences and the social sciences as well. The better we understand the biochemical mechanisms that underpin human emotions, desires and choices, the better computers can become in analyzing human behaviour, predicting human decisions, and replacing human drivers, bankers and lawyers.

Vaunted ‘human intuition’ is in reality ‘pattern recognition’. But human brains are far from perfect, they rely on heuristics, shortcuts and outdated circuits adapted to the African savannah rather than to the urban jungle.

For example, many drivers are unfamiliar with all the changing traffic regulations, and they often violate them. In addition, since every vehicle is an autonomous entity, when two vehicles approach the same junction at the same time, the drivers might miscommunicate their intentions and collide. Self-driving cars, in contrast, can all be connected to one another. When two such vehicles approach the same junction, they are not really two separate entities – they are part of a single algorithm. The chances that they might miscommunicate and collide are therefore far smaller.

And if the Ministry of Transport decides to change some traffic regulation, all self-driving vehicles can be easily updated at exactly the same moment, and barring some bug in the program, they will all follow the new regulation to the letter.

More than 90 per cent of accidents are caused by very human errors: somebody drinking alcohol and driving, somebody texting a message while driving, somebody falling asleep at the wheel, somebody daydreaming instead of paying attention to the road. Self-driving vehicles will never do any of these things.

We will have many more options: You don’t like what the IBM doctor told you? No problem. Even if you are stranded somewhere on the slopes of Kilimanjaro, you can easily contact the Baidu doctor for a second opinion.

Nurses, in contrast, also need good motor and emotional skills in order to give a painful injection, replace a bandage, or restrain a violent patient. Hence we will probably have an AI family doctor on our smartphone decades before we have a reliable nurse robot.

Even artists should be put on notice. When we come to evaluate art, we tend to judge it by its emotional impact on the audience. Yet if art is defined by human emotions, what might happen once external algorithms are able to understand and manipulate human emotions better than Shakespeare, Frida Kahlo.

Of all forms of art, music is probably the most susceptible to Big Data analysis, because both inputs and outputs lend themselves to precise mathematical depiction.

No human DJ could ever hope to match the skills of such an AI.

What about exploring new musical tastes and styles? No problem. You could easily adjust the algorithm to make 5 per cent of its choices completely at random. Over time, by monitoring your reactions, the AI could even determine the ideal level of randomness that will optimise exploration while avoiding annoyance, perhaps lowering its serendipity level to 3 per cent or raising it to 8 per cent. Whether you want to wallow in self-pity or jump for joy, the algorithm will slavishly follow your lead.

Alternatively, if you don’t trust yourself, you can instruct the algorithm to follow the recommendation of whichever eminent psychologist you do trust. If your boyfriend leaves you, Facebook will treat you to an individualized song about that particular bastard rather than about the unknown person who broke the heart of Adele or Alanis Morissette.

Algorithms could prove even more adept at producing global hits than personalized rarities. By using massive biometric databases garnered from millions of people. In order to enter the art market and displace many human composers and performers, algorithms won’t have to begin by straightaway surpassing Tchaikovsky. It will be enough if they outperform Britney Spears.

So what do we do instead?

Instead of humans competing with AI, they could focus on servicing and leveraging AI. The problem with all such new jobs, however, is that they will probably demand high levels of expertise, and will therefore not solve the problems of unemployed unskilled labourers.

But in 2050, a cashier or textile worker losing their job to a robot will hardly be able to start working as a cancer researcher, as a drone operator, or as part of a human–AI banking team.They will not have the necessary skills. Many people might share the fate not of nineteenth-century wagon drivers – who switched to driving taxis – but of nineteenth-century horses, who were increasingly pushed out of the job market altogether. How do you unionize a profession that mushrooms and disappears within a decade?

A closer look at the world of chess might indicate where things are heading in the long run. Many programs now routinely outperform human chess players not just in brute calculation, but even in ‘creativity’.

Change is always stressful, and the hectic world of the early twenty-first century has produced a global epidemic of stress.