The “Paradox of Choice” 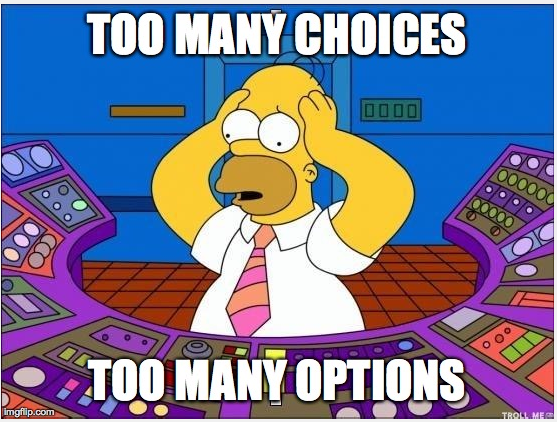 In centuries previous to the present moment, life was much harder to bear. Survival was the main objective for most of the population. We didn’t have many approaches and systems to manage the threats of both nature and culture. The lack of understanding of our biology, psyche, and reality leads the general population to outsource much of their decisions and beliefs to authority figures. Thus, people resigned themselves to live according to what was dictated.

Paradoxically, it can be argued that life was more straightforward because people were told what to do. The criteria of expectation towards the individual were much more explicit. Your social class determined your job opportunities. Your genre determined your sexual orientation, and your race decided your place in the social hierarchy. The community and elders dictated what was agreed to be accurate, the values to live with, and norms to obey.

Have the rules of the game changed in the past couple of decades? I certainly think so. The development of technology and science has indeed improved the quality of our lives. It even has made our lives easier to simplify procedures such as displacing to different parts, accessing information, communicating, finding new ways of entertainment, etc. However, the complexity of understanding what we want has grown more significant because, in the last couple of decades, the idea of individual freedom has grown stronger.

People have the availability of choice that back a couple of centuries didn’t exist. The 21st century is currently providing individuals from different backgrounds and traits to have an option in what they want to consume, where they want to work, and what they want in their careers, personal relationships, spirituality, sexuality, and overall lifestyle. It is also the case that the range of options is growing exponentially in every category, which unfortunately decreases the odds of choosing accurately.

In his book, The Paradox of Choice, Barry Schwartz argues that having more options doesn’t necessarily improve welfare. Since the enlightenment, the “official dogma” of all western societies is to maximize society’s interest; you have to maximize individual freedom. However, it is worth remarking that you had also to maximize choice in an attempt to optimize independence. For example, some studies show that for every ten mutual funds the employer offered for people to invest in, there is a participation decline of 2%. In other words, people invested more when they offered fewer options. Additionally, an interesting remark of Mr. Schwartz is that the higher the number of options, the higher the expectation of your choice. The opportunity cost, meaning the “cost” incurred by not enjoying the benefit associated with the best choice, easily triggers disappointment and frustration.

The endpoint is that filtering the options based on your own needs is critical to improving your decision making. Some choice is better than none, but it doesn’t mean that more choices are better than some. Very few would argue that everything seemed to be better back when everything was limited and unsophisticated. However, restrict your range of options will simplify the decision-making, decrease the anxiety of choosing wrongly, and lower the expectation (with the upside ending up with a pleasant surprise once in a while).

– The Paradox of Choice by Barry Schwartz